Requiem for Toys R Us

If you've been following the news, you already know that Toys R Us, already in bankruptcy since this past September, finally announced liquidation this past week. While liquidation sales are not yet starting (at least, for those remaining stores not already having clearance sales since February, which were at one time hoped to be the only stores to have to close), they will very shortly, and the company, as we've known it, has effectively ceased to exist.*

This is a familiar story to me, having already had to write a similar send-off to KB Toys roughly a decade ago, and indeed the causes are fairly similar (if not what a lot of people immediately assume them to be). Even before I worked at KB, I worked at Toys R Us. Twice, in fact. For my first two college summers, I was a backroom clerk at Toys R Us, building bicycles and play sets, helping customers get large items out to their vehicles, and getting to see the then-new Generation Two toys as they would arrive on the truck. Those were good times.

Of course, even before that, I was a kid, and the local Toys R Us that I would eventually be working at was maybe a mile from where I lived. Easy biking distance, and I would spend many summer and weekend hours going to Toys R Us on my own to see what new wonders it had available. A favorite memory was when I finally saved up enough money to buy Generation One Metroplex all on my own, and having purchased it during one of those trips, I then had to carry it home on my bike. I'm sure that I was quite the sight, hunched over the box, keeping it balanced between my torso and the handlebars, arms stretched out to hold it all while steering my way back home (to be fair, I didn't do all that by myself. My brother offered to help). But we got that box (and ourselves!) back home unharmed, and I still have that figure to this day.

In the years since, and especially since moving to Southern California, I've developed a pattern on my days off, driving throughout Los Angeles County to places I enjoy. I've been fortunate to live in a place with quite a few Toys R Us stores that have been more or less accessible, and it's not been unusual to visit three or four in a single afternoon, especially if there's a particular item I'm looking for. With the sudden loss of all of these stores, this pattern will no doubt change, and I'm still not sure what that will look like. 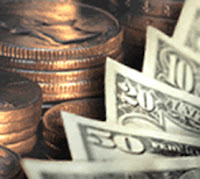 There has been plenty of speculation of what the loss of Toys R Us, the last major toy-specific retailer in America, will mean for the toy industry. While remaining retailers such as Target, Walmart, and Amazon will presumably pick up some of the stock that would otherwise have gone to Toys R Us, no one seriously expects that they can handle all of it. This is especially obvious for smaller toy companies, and startups who haven't yet gotten major exposure. As important as Walmart is to the toy-selling landscape (more toys are bought from Walmart than any other brick-and-mortar retailer), the toy section in Walmart isn't nearly as large as even a small Toys R Us, who was thus able to provide a far greater variety of toys. They could offer not-yet-popular items, providing exposure to toys that Walmart (and others) aren't yet willing to take a risk on. As for Amazon, while they are great for locating almost anything and everything one might think to search for, online retailers simply aren't as good for browsing, enabling people to discover items that they don't yet know that they want. Indeed, I'm not sure that online commerce ever can duplicate the opportunity for discovery one gets from browsing physical aisles.

Perhaps the single thing that concerns me most about the loss of Toys R Us is the probability that it means fewer Transformers toys will come to exist. I think that this will be especially felt in the loss of so many toys that were exclusive, not only to Toys R Us, but even elsewhere. Exclusives tend to be retailer-driven. That is, they come to exist because a retailer asks for an exclusive item to be provided for them. Exclusives help drive consumer traffic to specific retailers, and with the loss of Toys R Us as a competitor, the remaining retailers have less reason to ask for Hasbro to provide items that consumers can only get from them. But with the possible exception of those cases where Hasbro creates a pre-molded head that never gets used (Hardhead out of the Generations Warpath mold, for example), we'll never know how many exclusives there might have been, that simply never come to exist.


Good bye, Toys R Us. You will be missed.
*I would be remiss if I didn't acknowledge that there is still a chance for some stores to continue on using the "Toys R Us" name. In particular, there is hope that a buyer will buy the 80-odd Canadian stores, which are said to be doing much better, and add up to 200 of the best-performing US stores to that, as well as the rights to the name, so that those stores might continue. This would, in effect, be a whole new company using the old name, and in any event, whether or not this will happen is not yet guaranteed.
Posted by Mark Baker-Wright at 9:00 AM