For this episode of Not Your Father's Autobot, we're discussing Transformers: Generation 2 issue #9, cover dated July, 1994. This issue can be found reprinted via the Transformers: Rage in Heaven paperback, which may be purchased via Amazon. Listeners may also wish to try to find a copy of either the collected paperback or the issue itself via eBay (purchases through these links do not support the podcast in any way).
My co-host, Nick Wright, can also be found on The BitGeek Podcast via YouTube and on audio. 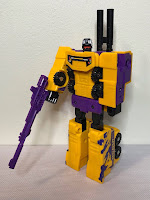 Our character spotlight was about G2 Onslaught. Nick was kind enough to provide some photos of his own specimen. Besides the one visible right here, you can see these pictures via this link.
One of our listeners wrote in and referred to the unofficial "sequel" to G2, written by Simon Furman and illustrated by several well-known Transformers artists, called "Alignment." You can find Alignment online through the Internet Archive at this link. 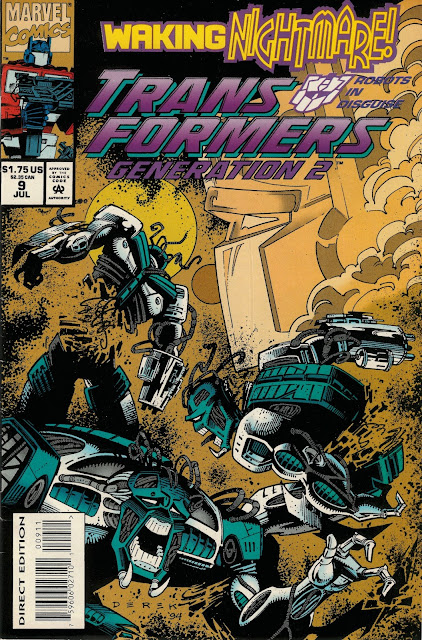