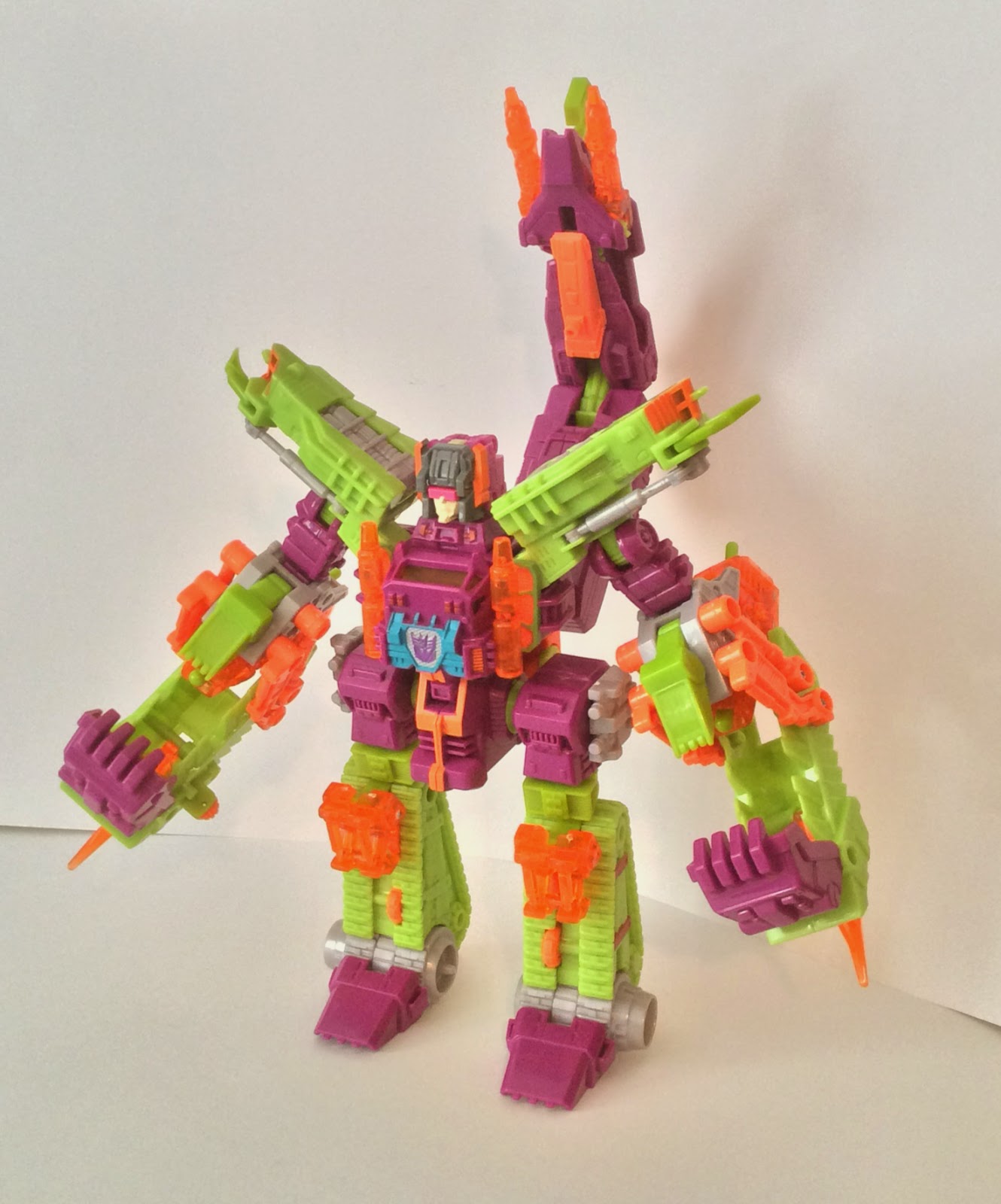 Not all exclusives are created equal. Some are good. Others are... well... not so good. Still others transcend these simple labels, having risen to a level all their own.

At first glance, BotCon 2014 Scorponok is a fairly obvious choice using a decade-old mold that had already been used for a previous convention. Double Punch, from BotCon 2010, used this mold, also from a toy called "Scorponok," from the Energon line (itself from 2004) to positive effect by giving fans an opportunity to own a character most would otherwise never own (I myself do own an original Action Master Elite Double Punch, but it's incomplete, and given that the claws cost more on eBay than I'm willing to pay, it will likely remain so for the foreseeable future). Compared to Double Punch, to attempt such an obvious G1 homage might seem to some as lacking in creativity. But look closer.... 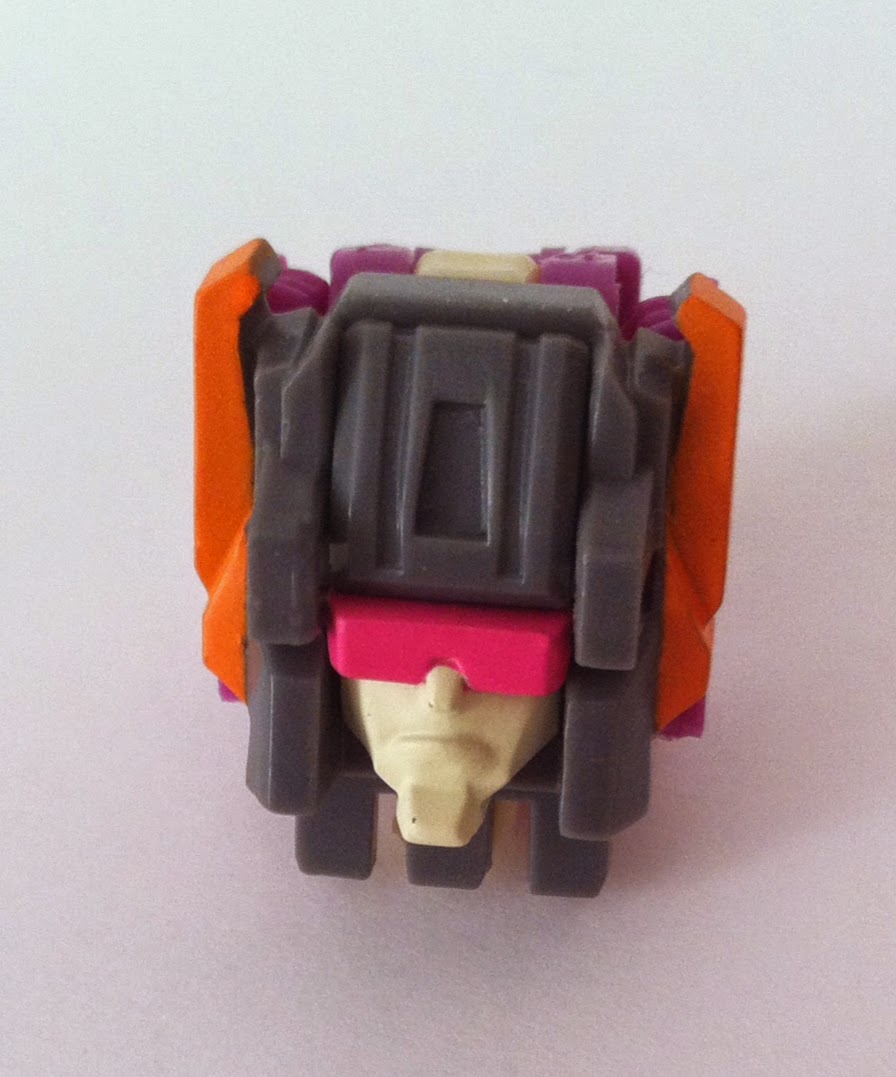 BotCon 2014 Scorponok is, in fact, a Headmaster, utilizing the mold of Spike, the head to original G1 Headmaster Fortress Maximus! While the small robot mode is essentially unchanged (except that it's now in the colors of Zarak, the Nebulan head to the original 1986 Scorponok), the head form, itself, has been remolded to have Scorponok's face (as seen in cartoons and comic books, rather than the face of the original Scorponok toy's head). In order to attach this head to the Energon Scorponok body, an additional piece was also necessary, a new neck that rotates in place during transformation. This is arguably (with apologies to BotCon 2007 Thrust) the most extensive remolding job done for a BotCon exclusive to date! 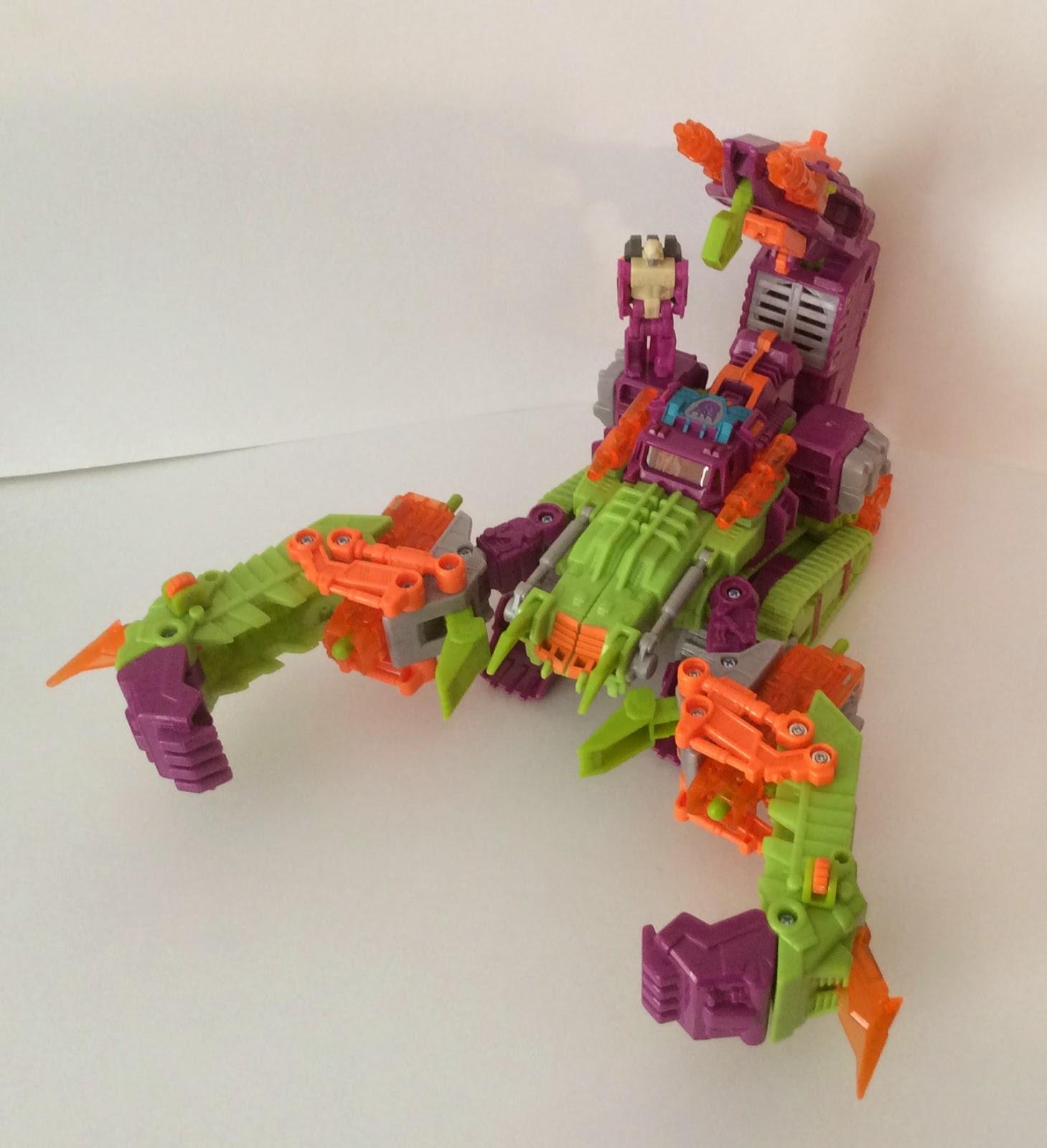 Whereas the original Scorponok transformed into a mechanical scorpion, the main alternate mode of this version is a bit different... more of a mish-mash of construction equipment cobbled together in a scorpionesque shape. This is explained in the BotCon fiction as being an update created by the original Zarak's son ("Olin" Zarak, but don't ask me where the name "Olin" comes from), who took over the Scorponok body after his father's death. 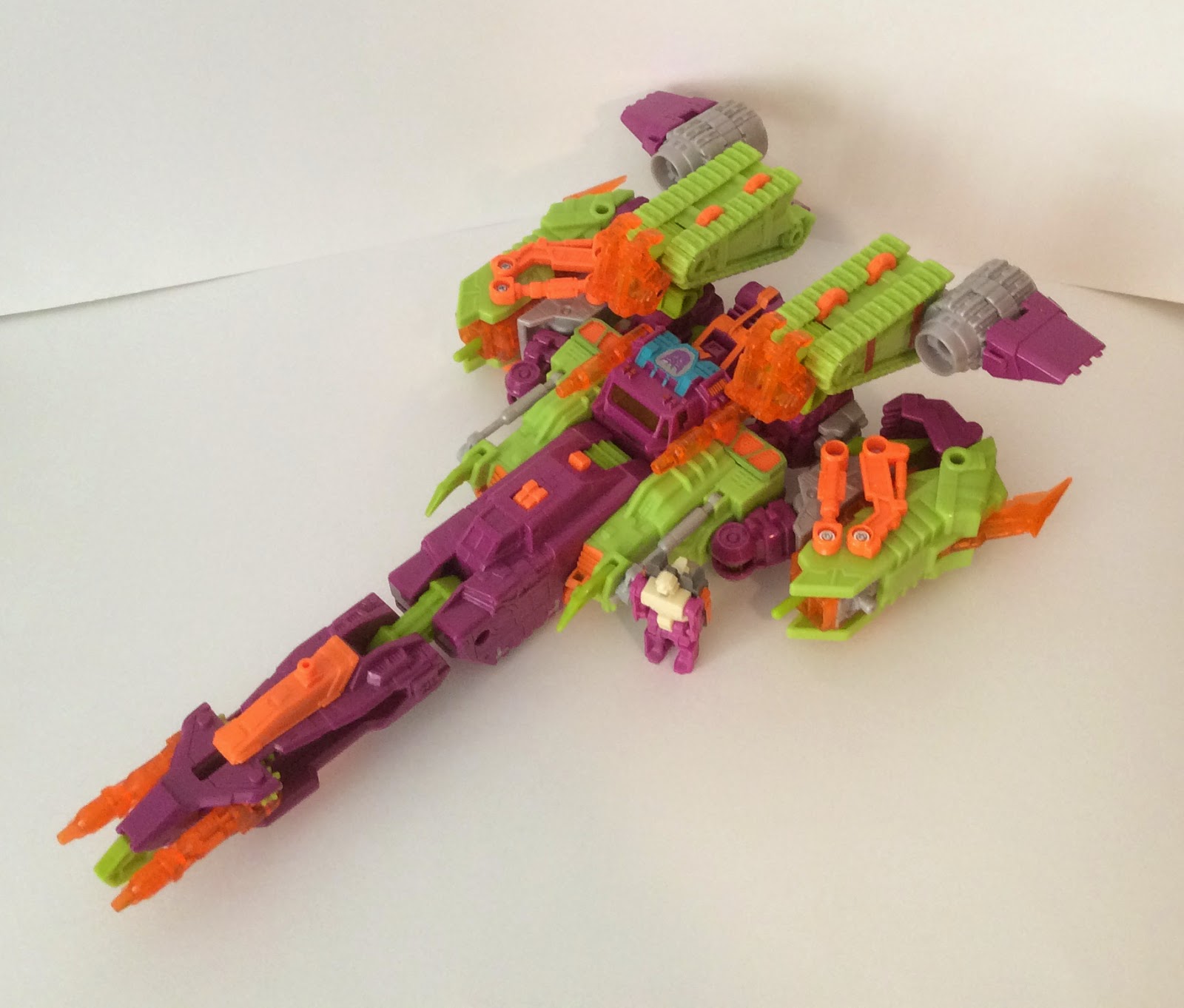 Like the original Scorponok, this toy has an additional mode, but whereas the original Scorponok's third mode was some kind of a battle station, this Scorponok's third mode is a kind of jet. Like so many other Transformers, one shouldn't look for engineering accuracy here. It looks like a jet enough for a kid to imagine flying it around his room while making "whoosh, whoosh" noises, which is all it really has to do.

I've been following BotCon exclusives toys since more or less they started, and this one is truly special. The folks at Fun Publications have their work cut out for them if they want to outdo this one in the future!
Posted by Mark Baker-Wright at 9:00 AM