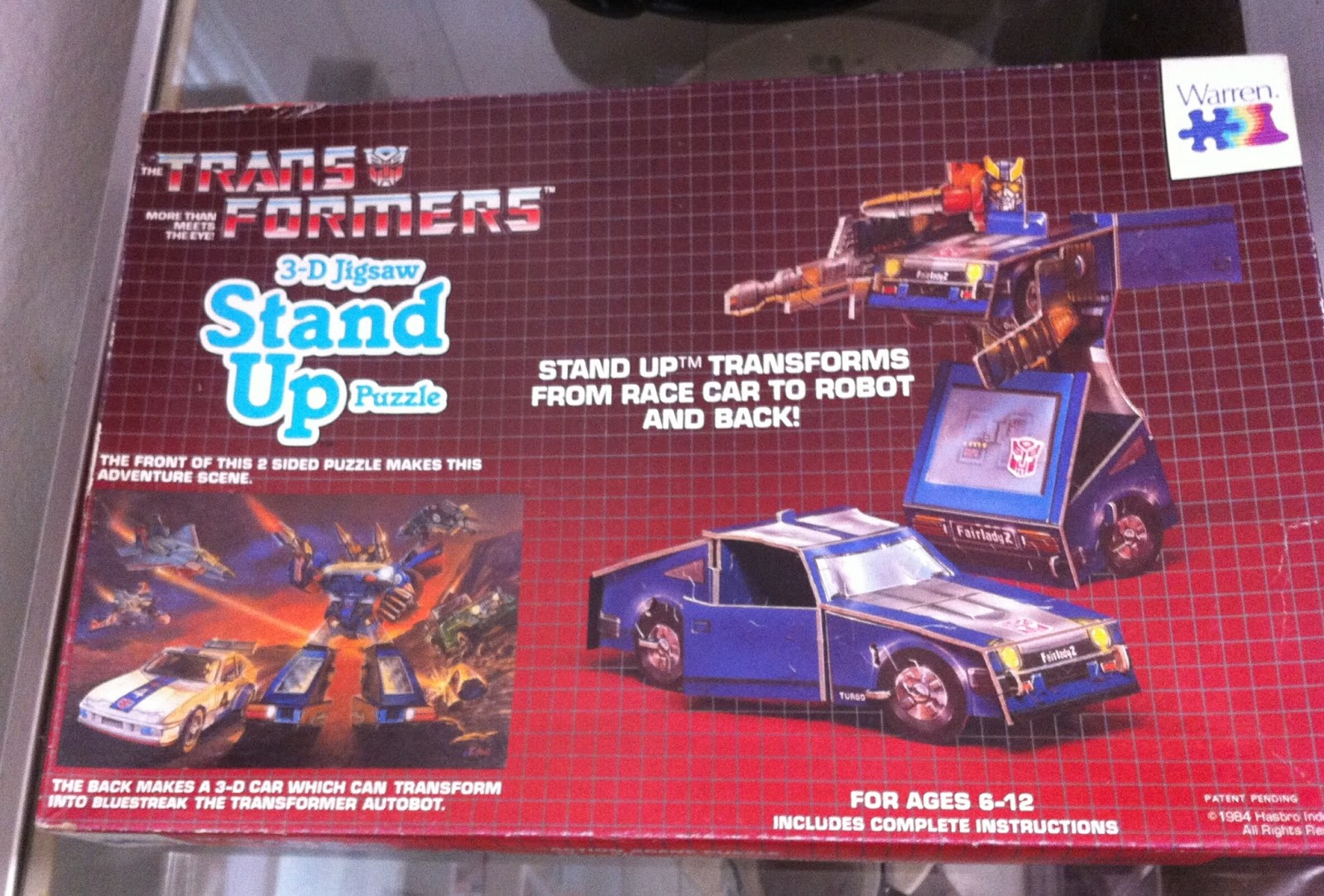 A few weeks back, I mentioned a 3-D Puzzle as one of the few (if not, indeed, the only) officially-produced items to actually depict the Generation One Bluestreak character, in his original body, but in blue, as the original package art and photos had it. I mentioned at the time that I may need to go back and pick the box up on my way to BotCon. Thanks in part to a comment from box art-guru "Botch the Crab," I did indeed do so, returning to Orange County on my way south to San Diego, and although I had to wait until after BotCon to properly put everything together, I can now comment further on this piece of 80s nostalgia. 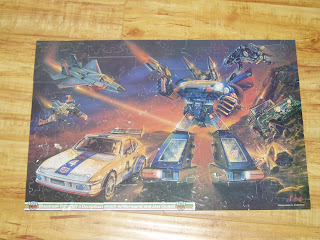 There were indeed some signs of the puzzle showing its age (more on this later), but all of the pieces were indeed present. The first thing I did upon opening up the box (and finding sufficient room on the floor to work) was complete the more standard 2-D puzzle, featuring a piece of Generation One art that I hadn't realized existed before seeing the front of the box at that antique shop a few weeks ago. The only significant difference between the finished image and the smaller one on the package is the caption at the bottom, which is merely descriptive of the action. 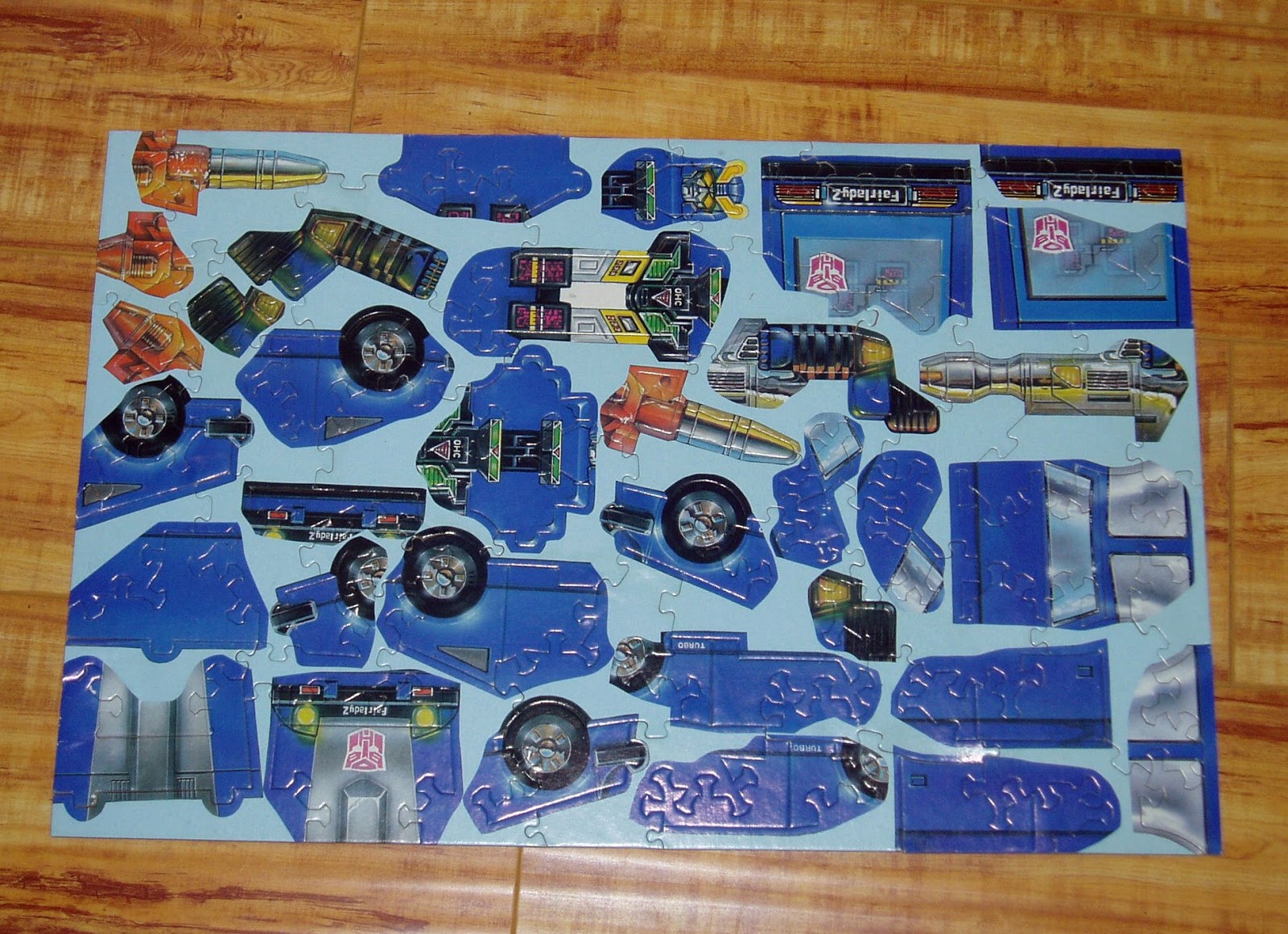 Although all the puzzle pieces themselves were present, the original instructions were not, and thus I found myself glad to have assembled the 2-D Puzzle — almost certainly the easiest of the three forms this puzzle can take — first. When the 2-D Puzzle is completed, the reverse shows this array of semi-completed robot- and auto-mode parts, thus making at least the first part of the assembly of those modes that much easier. 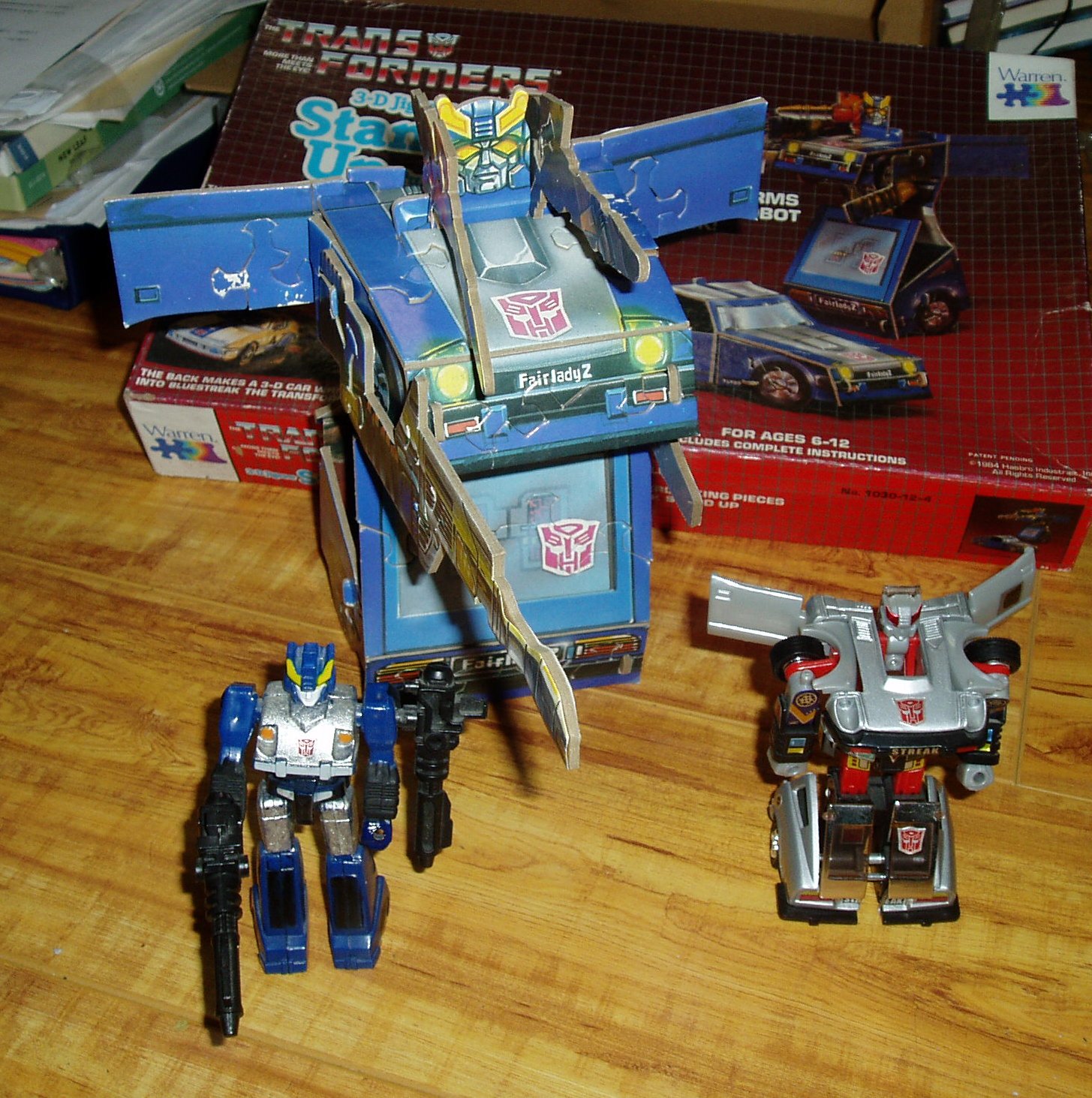 Given that these puzzle pieces are nearly 30 years old, they've held up pretty well, but there has been some warping of some of the pieces. This wasn't too much of an issue when putting together the 2-D Puzzle, but it made putting together the 3-D assemblies a bit more difficult. However, once it's all done, you get a robot mode that's quite impressive. To get a sense of its size, here is the robot alongside my Action Master custom figure (my other "blue Bluestreak") and the non-blue Bluestreak reissue (actually called "Silverstreak" more for trademark reasons than because of it's color, although the color did dictate what the alternative name was to be). 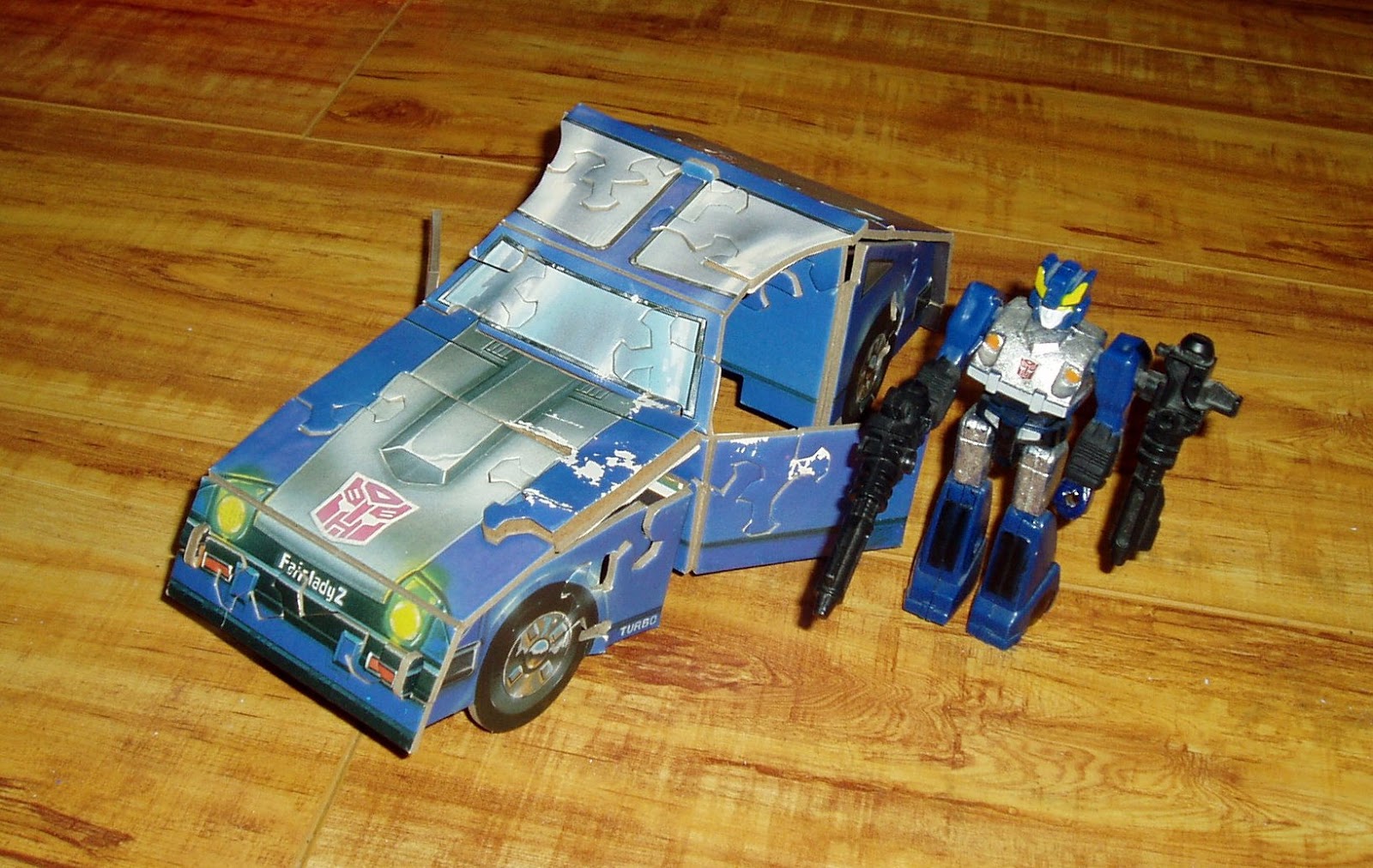 Besides the warping, some pieces are considerably more fragile than they presumably were 30 years ago, and I inevitably damaged some of the "finish" of the pieces while assembling the car mode (you'll notice some white patches that weren't apparent when the pieces were still on the 2-D layout). Also, given the lack of instructions, I can't help but wonder if there's a stabilizing support structure that was meant to go along the bottom of this car mode to keep it from sagging in the middle, but I couldn't figure out where those pieces would come from, so this mode is what it is. Even so, the fact that Puzzle Bluestreak is practically the correct scale such that the Action Master version of himself could be his own driver is more than a little amusing!
Posted by Mark Baker-Wright at 9:00 AM