For this episode of Not Your Father's Autobot, we're discussing Transformers: Generation 2 issue #7, cover dated May, 1994. This issue can be found reprinted via the Transformers: Rage in Heaven paperback, which may be purchased via Amazon. Listeners may also wish to try to find a copy of either the collected paperback or the issue itself via eBay (purchases through these links do not support the podcast in any way).
My co-host, Nick Wright, can also be found on The BitGeek Podcast via YouTube and on audio.

Explosion sound effects come from www.soundjay.com, which provides such sounds free of charge.

Listener Jason Walston has been kind enough to share our podcast on his Plasticon Studios YouTube page, as well as his Generation 2 Transformers page on Facebook. 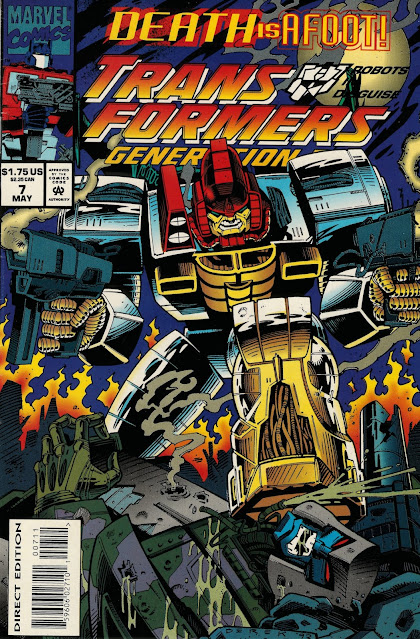