Countdown to BotCon 2014 - Pounce and Wingspan 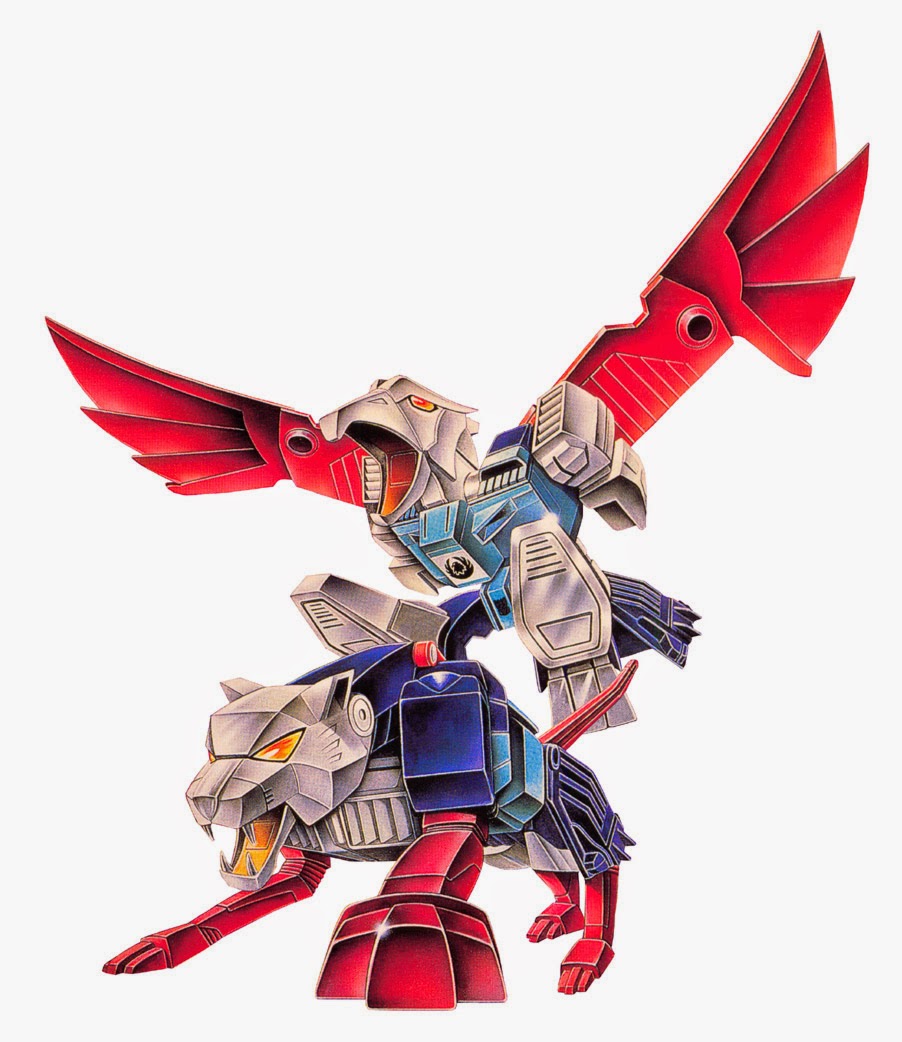 Last week, I mentioned that there is a rumor running around about what toys will be at-convention exclusives at BotCon 2014. We'll find out for sure if these rumors are true by the end of the week, but in the meantime, these rumors give me a chance to feature a pair I've been looking for an excuse to do for over four years now: Pounce and Wingspan. 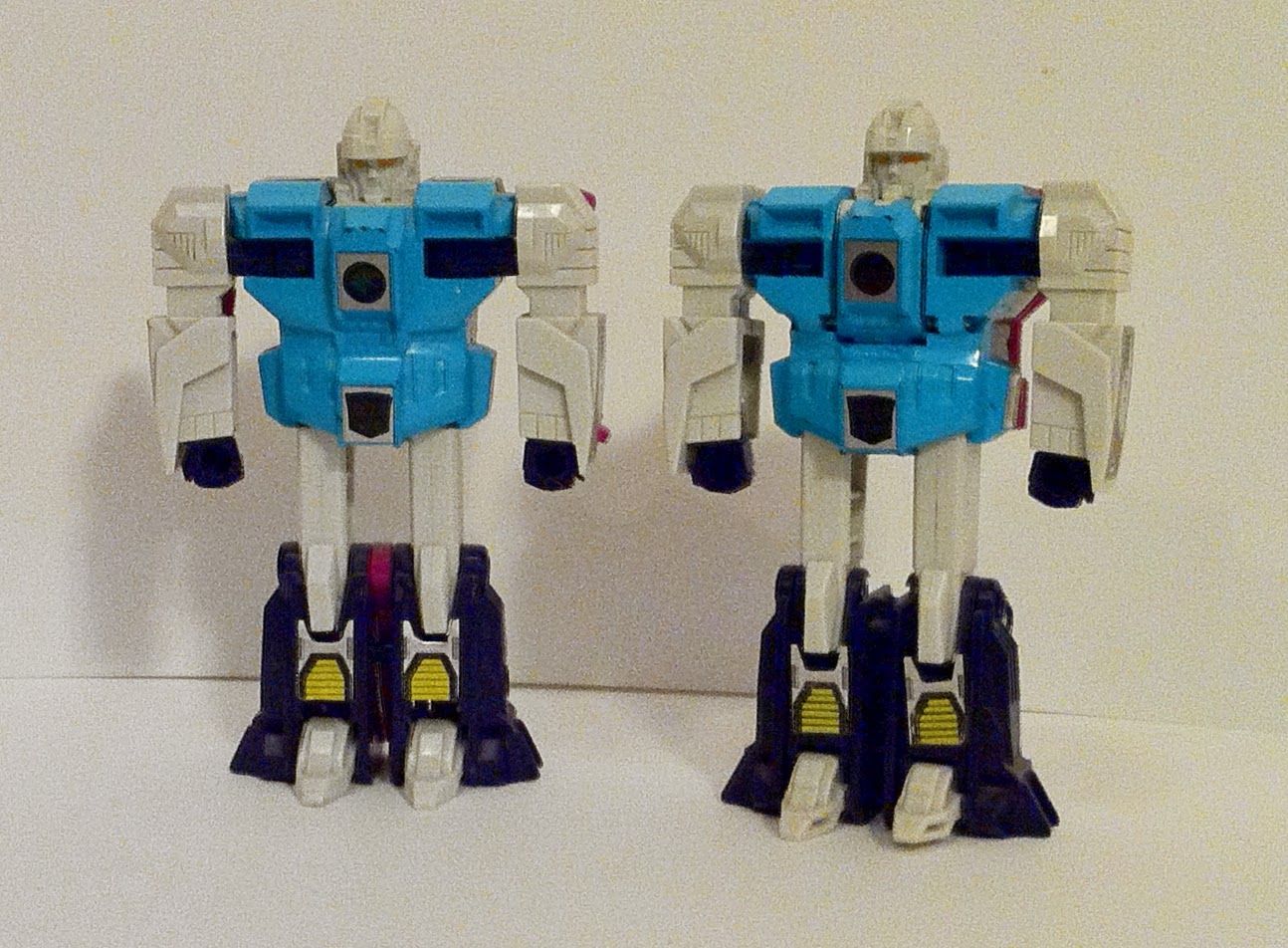 Pounce and Wingspan are clones, the Decepticon counterparts to Fastlane and Cloudraker. This means that they have (more or less) identical robot modes, but turn into different alternate modes. Besides the subtle differences that remain in robot mode (necessitated by the transformations), these guys also have special rub-signs that display an icon relevant to the alt-mode when activated. You can't tell in this picture, but like their Autobot counterparts, Pounce and Wingspan have distinct weapons, which would make it rather easy to tell them apart if they were holding them. Since I don't own the weapons, you'll just have to take my word for it. I suppose these guys could pull a "Parent Trap" swap and use the other clone's weapons if they wanted to fool an Autobot, but I'm not sure just how much advantage that would give them.... 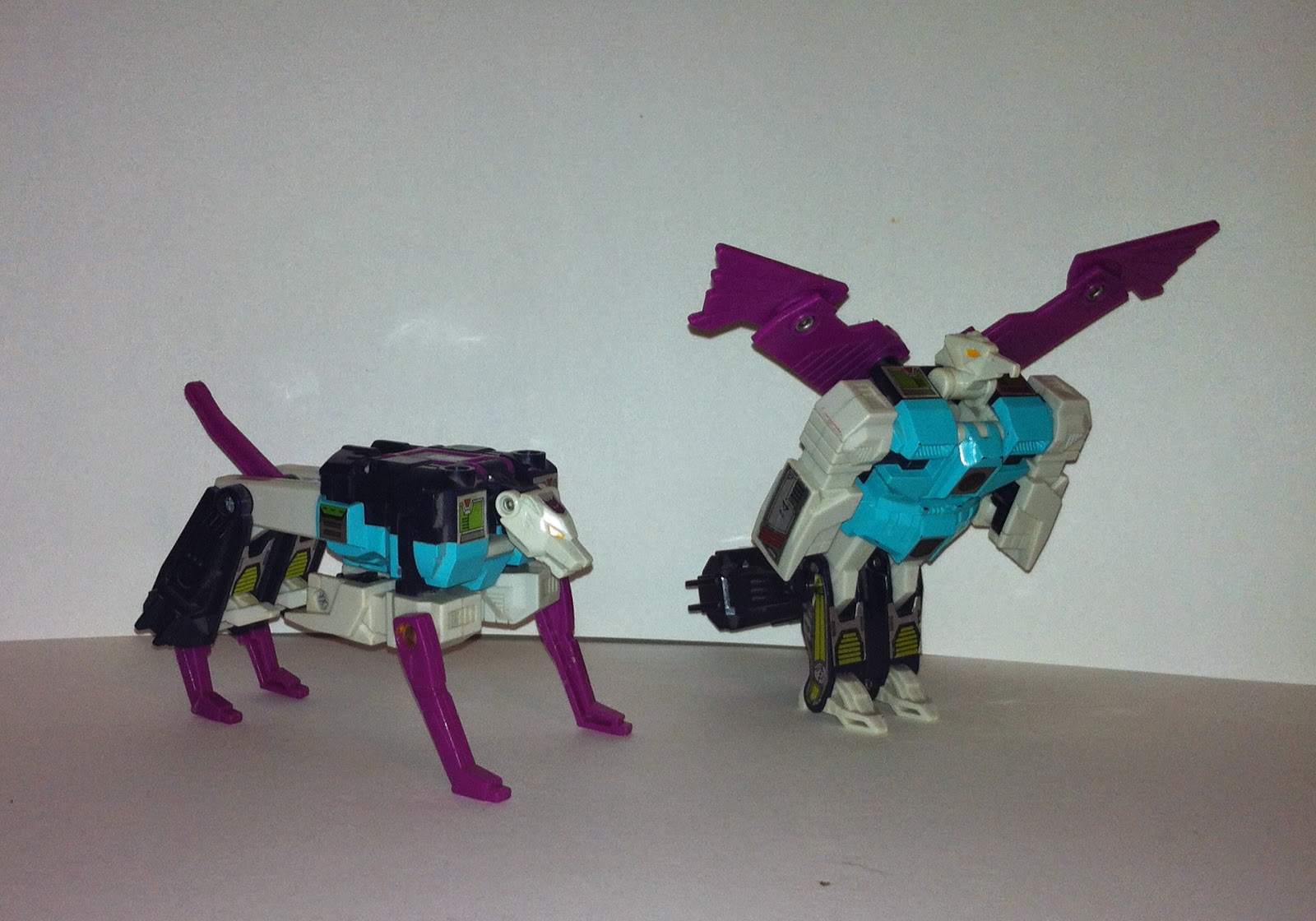 Pounce turns into a puma, while Wingspan becomes an eagle. This is where the rumored list of BotCon 2014 exclusives comes into play. The idea is that Pounce and Wingspan will be re-created using the Vehicon and Jet Vehicon molds from the recent Transformers: Prime toyline. While these molds do indeed look very similar in robot mode, I just can't get past the fact that they do not turn into animal alternate modes, but rather a car and a... well... car with wings, respectively. These alt-modes are more appropriate for Fastlane and Cloudraker than Pounce and Wingspan, and I feel that the animal alt-modes are pretty essential to what makes these characters who they are (and, believe me, there's not a whole lot that they have, so that little bit becomes pretty important). I do agree with those who point out that the Vehicon molds are pretty undeniably "evil" in robot mode, which does argue against Fastlane and Cloudraker, but can't help but feel I'll still be pretty disappointed if this rumor proves true. While it's certainly true that the folks behind BotCon have to work with existing molds, and there really isn't anything out there that's better for these two, I'm of the opinion that if something doesn't work, do something else!

Mine definitely seems to be a minority opinion on this matter. I suppose I might be happier if BotCon did, say, a Shattered Glass Fastlane and Cloudraker (thus, evil, and in Pounce and Wingspan's colors, but now with appropriate alternate modes), but besides being doubtful that this is what they have in mind, I imagine that would anger a whole different group of fans. We'll just have to take whatever it is we get.
Posted by Mark Baker-Wright at 9:00 AM