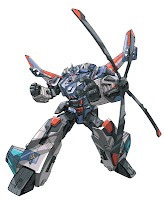 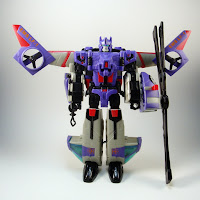 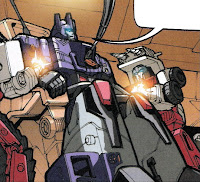 A few changes were apparently made to the concept's color scheme before Galvatron actually appeared in the comic, and so the toy that was eventually made available at BotCon 2011 (alongside Shattered Glass/Action Master Thundercracker) actually does resemble the art from the character's 2009 magazine appearances more than Wittenrich's custom toy that it arose from. Did Fun Publications actually have plans to introduce the Shattered Glass Galvatron toy so many months before it actually became a reality? No one has confirmed that, to the best of my knowledge, but the evidence of the art does lean at least somewhat in that direction....
Posted by Mark Baker-Wright at 9:00 AM