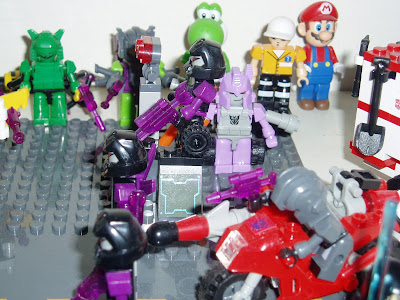 Doing something a bit different this time around. I took these pictures several years ago, thinking to do a feature on Kreons for the blog, but I found that I never really had much to say about them, and before too long, the "Kreon moment" had passed (I'm told you can still buy them some places, but I still think it's safe to say that the glory days of the Kreon are behind us). Instead, I offer these pictures here without additional comment. A look into Hasbro's attempt to do "LEGO" (in all but name) with Transformers.*
*Special appearances by Super Mario Bros. characters from the K'NEX line and Barriss Offee from the LEGO Star Wars line. 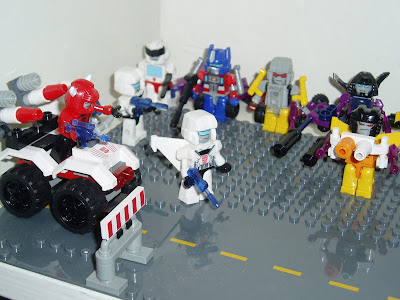 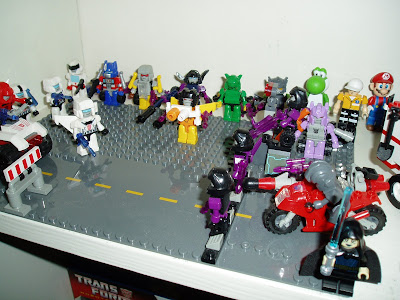