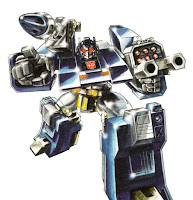 Last week, I talked about what can be done merely by reusing a mold and changing only the colors. This time, the subject is a significant remold, where changes were made to the mold of a previously released toy in order to make the new toy different in ways that go beyond just what colors it has. 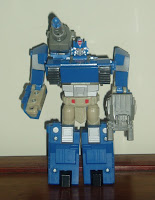 In 2004, perhaps spurred on by the success of the American Universe sub-line, which consisted (at least originally) solely of repaints and remolds of existing toys, Takara released the Robot Masters line in Japan. Unlike Universe, Robot Masters was not exclusively a line of repaints, but repaints did indeed make up the bulk of the line. 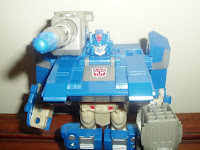 One notable offering in the Robot Masters line is Reverse Convoy. A remold of the Generation Two "Hero" Megatron toy, Reverse Convoy was given a redesigned cannon (able to fire it's missile without the use of a bellows) and a head resembling Optimus Prime (Prime-type robots tend to be called "Convoy," or some variation thereof, in Japan). However, it should be noted that the Robot Masters storyline already had another Optimus Prime (Well, Convoy, anyway). This toy's Prime-like head was merely intended as an indication of Reverse Convoy's Autobot allegiance (as if the big Autobot symbol on the toy wasn't indication enough). For many remolds (especially ones coming out of BotCon), a new head is enough. But Reverse Convoy has another trick up his sleeve. Reverse Convoy is, in fact, possessed by the spirit of Megatron! The designers of this toy found an ingenious way of redesigning the cannon so that it can not only fire missiles on it's own, but can hide another head behind it, able to be tucked away until it is needed. But when Megatron wants to show his true colors, the Optimus Prime head flips over, the new head swings out, and you have the leader of the evil Decepticons ready to take advantage of having infiltrated the Autobot ranks as "Rebirth Megatron"! 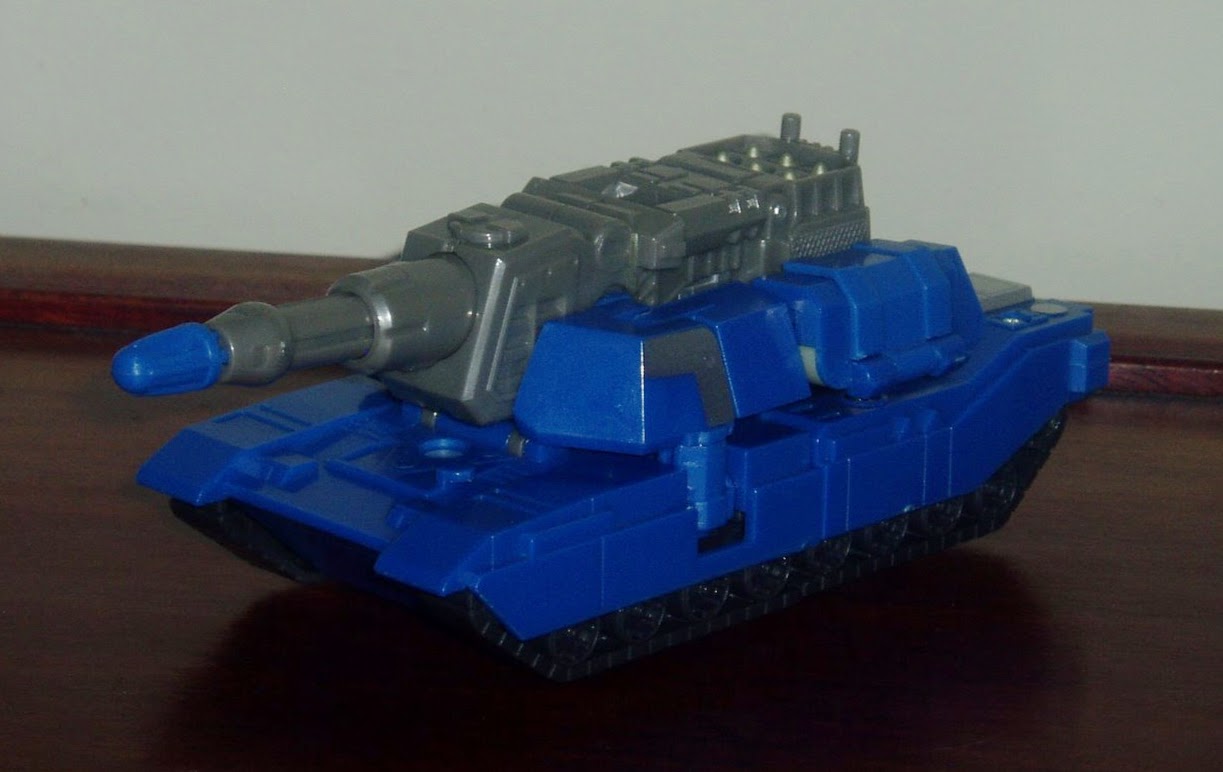 Reverse Convoy/Rebirth Megatron transforms into a tank. The toy's hand weapon (another feature the original version did not possess) folds in the middle, and stows just behind the tank's cannon, nicely concealing any remaining traces of the Megatron head. This toy is truly a remarkable achievement demonstrating just how different a remolded toy can be from the original version!
Posted by Mark Baker-Wright at 7:00 AM