For this episode of Not Your Father's Autobot, we're discussing Transformers: Generation 2 issue #3, cover dated January, 1994. This issue can be found reprinted via the Transformers: Dark Designs paperback, which may be purchased via Amazon. Listeners may also wish to try to find a copy of either the collected paperback or the issue itself via eBay (purchases through these links do not support the podcast in any way).
My co-host, Nick Wright, can also be found on The BitGeek Podcast via YouTube and on audio. 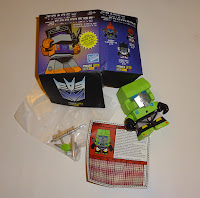 The vinyl figure of "G2" Hound, which we discussed on this episode, was released by a company called The Loyal Subjects, and was a chase figure in Wave 3.5 (so far as I'm aware, the final wave of Transformers vinyls released by the company). Click on the thumbnail for a larger version of the image.

Explosion sound effects come from www.soundjay.com, which provides such sounds free of charge. 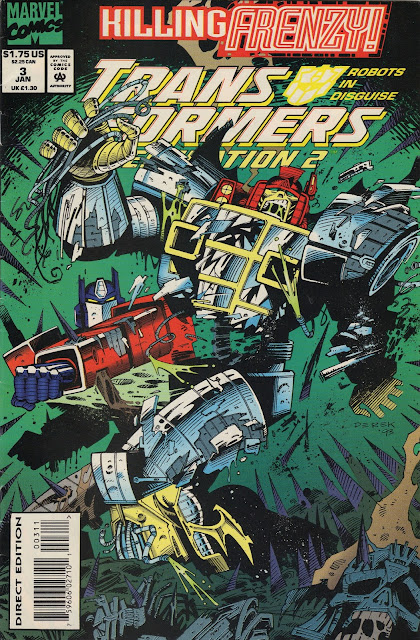